Dad Of The Week – Gabe Batstone

I almost wish I wasn’t posting this Dad of the Week, because of the current circumstances. Recently, Gabe’s daughter passed away (I will let you read articles relating to the incident if you are inclined to, as that is not the specific reason I am posting this man as our “Dad Of The Week” this week – there is a detailed custody situation that goes along with this). Rather, I want to bring awareness to two things.

1. Gabe’s messaging and communication post his daughter’s death. That speaks for itself and I need not say more. The bottom line is there needs to be more resources made available to those suffering from mental health issues so that children have access to both healthy parents.

2. The awareness Gabe has brought to “Fathers Empowering Daughters” (http://fathersempoweringdaughters.com/) by months ago posting a video to the site detailing his daughter’s amazing personality and how important it is to empower young women world wide.

Gabe lived quite far away from his daughter, but was actively a part of her life as much as he could be, and clearly loved her dearly. Her growth was as important to him as any of his other children.

Article sourced from cbc.ca (not written by anyone affiliated with this website, or in the opinion of anyone from this website):

Lisa Batstone, the 41-year-old woman charged with second-degree murder in the death of her daughter Teagan, had attempted suicide at least once, says her ex-husband Gabe Batstone, while a pastor says she recently suffered from mental health issues.

Teagan, 8, was found dead in the trunk of her mother’s car in Surrey, B.C. on Wednesday.

Her father, Gabe Batstone — Lisa’s ex-husband — told CBC News at his home in Ottawa that he spent time on Sunday and Monday with his daughter in Vancouver, time he described as “incredibly important, but incredibly pedestrian”. 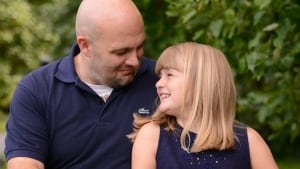 Gabe Batstone with his 8-year-old daughter Teagan, who was found dead in the trunk of her mother’s car. (Facebook)

“We ordered room service … We ate macaroni and cheese and held hands and went to the pool. Who thinks the last time they’ll see their eight-year-old is getting inserts preparing for braces?

“You can’t prepare for that,” he said. “There’s no training.”

Batstone said the toughest moment so far was telling his other children about Teagan’s death.

“You sob, you cry. You tell a three-year-old and an eight-year-old brother they will never see their sister …”

The Batstones separated six years ago, then divorced. Custody of Teagan went to her mother but, Batsone said, there were “incidents” he believes should have brought that decision into question.

A suicide attempt by her mother meant Teagan went to live with her father for a while — an arrangement he says he tried to extend.

He called the resulting decision a “heartbreaking, crushing moment.”

“A month after [the suicide attempt] we were forced to return her. Lisa was the primary caregiver as decided in court, and apparently attempting to abandon your child through suicide did not meet the threshold.”

While she may have tried to hurt herself in the past, the CBC has no information to suggest she ever wanted to hurt her daughter. 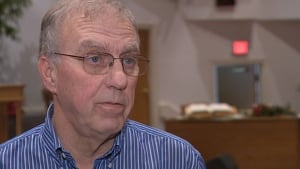 However, he said, Batstone’s behaviour — which was punctuated by swings from elation to depression— had become more erratic, intense and “out of control” over the past three months.

“There was an increasing desperation taking place, she was seeing a counsellor,” Andre said. “I encouraged her to see a psychiatrist because I thought medication may be helpful to her.”

He said Batstone had been in contact with him over the weekend from a zip-lining camp she was attending with Teagan and “seemed to be happy.”

But, just days later, she sent an “alarming” email that prompted the church to contact police.

“We acted immediately, not knowing that Teagan was already dead at the time,” Andre said. 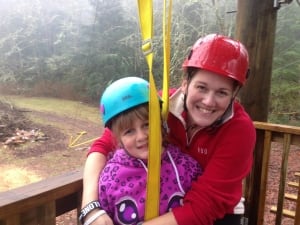 Lisa Batstone posted this image of her and her daughter Teagan to Facebook on Dec. 7. Batstone was charged with the second-degree murder of Teagan on Dec. 11. (Facebook)

Gabe Batstone said he and his ex-wife weren’t in a custody challenge, that their recent communications about Teagan were normal and mundane, and that there were no signs of “active, intense danger.”

In her first court appearance on Thursday, Lisa Batstone asked to see a psychiatrist and a doctor. Her next appearance is scheduled for Dec. 18.

“It’s not about [me being] better, or judgment,” Gabe Batstone said. “There were two home environments that were available to Teagan, and we collectively didn’t, unfortunately, choose the safest one. And terribly, it played out in a way that ended her life so many years too soon.”

“Something’s broken. Something needs to change. …That can’t happen to someone else. It just can’t.

“It’s the worst thing you could ever imagine.”