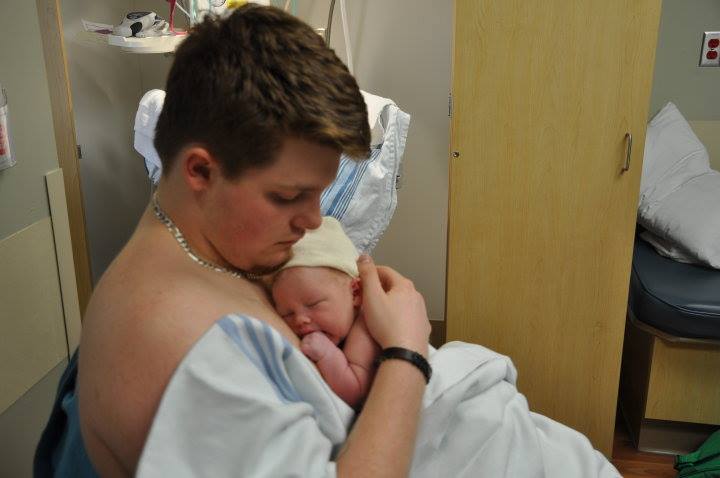 Dad Of The Week – Jordan Harrison

We here stories so often via our social media pages and directly from e-mail about some amazing guys out there who really stepped up to father their children and step children. Melissa reached out to us to talk to us about her Children’s father Jordan. A young man who has stepped up and is a very active part of not only his child’s life but also his step son. The story sounds rather standard in terms of a young couple becoming pregnant at a young age these days. Unfortunately, separation of parents is quite common, but this story has a rather positive turn:

My name is Melissa, and I am the mother of two beautiful young boys. I am blessed to share my life with them, and their loving father, Jordan. That is who my story is truly about.

Jordan and I became pregnant with our first son, Kaedyn, in our late teens. The news came as a huge surprise, and began our beautiful, and scary journey as young parents. Without skipping a beat, Jordan graduated early, in order to be present during the stages of my pregnancy, and the first moments of our son’s life. Coming from a very difficult childhood, his main goal was to be the father he never had; one who supported his children endlessly, providing them with opportunities to learn, and grow. He held my hand through all the embarrassing, and wonderful moments of pregnancy. He wouldn’t leave my side for a moment during my 36 hour labor, even when I wanted to tear his head off, and scream in agony.

And so began the moments he would sacrifice his milestones, to celebrate those of the ones he treasured most. He was a natural, and the love he felt for our son, could be seen from miles away.

I became chronically ill, with a rare disease, shortly after Kaedyn was born. We spent many months in the hospital, and during every adversity, surgery, and catastrophe, I could always rely on Jordan to pull me through. Life became steadily more difficult as financial hardships piled up faster than we could manage, and the health crisis began to cripple us. In some ways, it still does.

Eventually we separated, and it was during that period, that I became pregnant in another relationship. Jordan and I were always able to coparent together, and a strong friendship remained. The man who fathered my unborn child, abandoned us early on, and has not been present since. Once again, Jordan came to my aid, and we vowed to work together to fix what was broken. He was my pillar of strength during my high risk pregnancy, and a very painful time. He was once again my labor coach, and the voice who guided me through my toughest moments. Silas was born January, 15th 2015, and Jordan has happily, and lovingly raised him as his own ever since.

Our oldest son Kaedyn, has been diagnosed with autism, and while he is highly intelligent, and astonishing in every way, this has presented issues of its own for our family as a whole. Jordan works his hands to the bone, to provide a life for us. He has since the very beginning. He has the strongest work ethic I have ever seen, and I know his employers would all eagerly say the same. He is a kind man, who would go to the ends of the earth and back to help those in need. 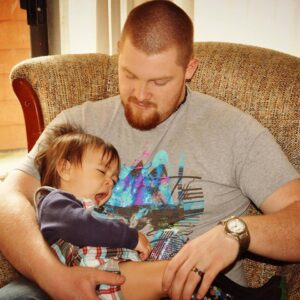 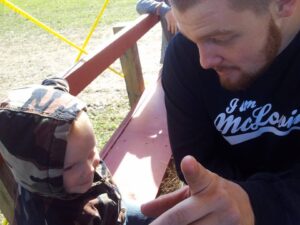 Melissa has started a gofundme page, be sure to check it out if you are interested in supporting this family.

Nominate your dad of the week here.