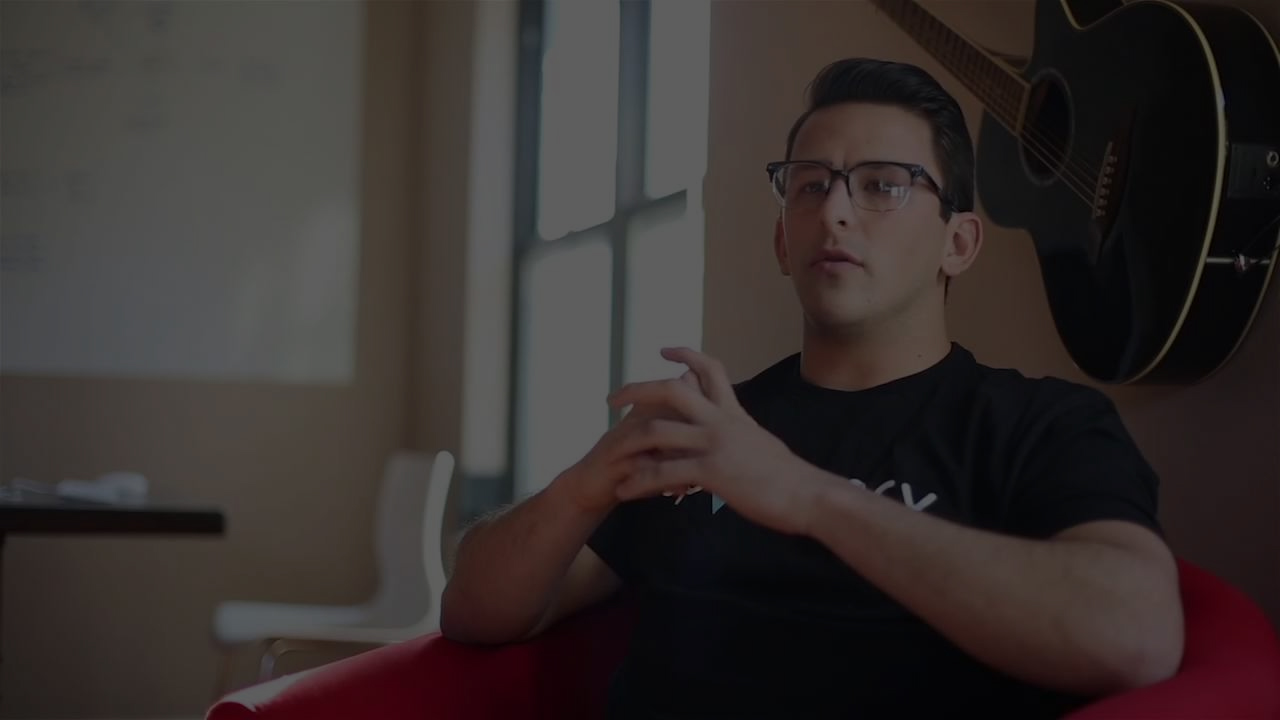 I recently had the opportunity to interview Kaleb Bryan…. A young entrepreneur, co-founder of highly successful mobile app Spotagory and founder of theautocave.com (The Auto Cave) on his journey and how his father who passed away several years ago impacted his life.

Kaleb is one of those guys who you know is going to achieve big things. His ambition from such a young age and mentality proves that with some courage and passion you can crush your goals.

I first asked Kaleb to share his story… What his done and where he is at now:

Kaleb: I started my first business when I was 19 years old as a college kid in my dorm looking for ways to make more money. As simple as it sounds, I searched on craigslist until I found the best deals on TV’s and resold them locally. I began investing in 1 tv at a time. I went on to meeting wholesalers from San Antonio to Orlando, slowly building my capital. This led me to becoming a supplier to the independent hospitality market in South Texas (Hotels and Motels). At 21, I chose to sell out my inventory to one of my suppliers. As I decided to take engineering school off the back burner, in my free time, like my father had taught me, I began investing in classic cars, finding them, slightly restoring them, and selling them on Craigslist and eBay. Eventually I found myself traveling every weekend to a different city buying cars and meeting some of the coolest people. As I traveled to these new cities, I kept running into the same issue… I wanted to know what was going on around me and what was happening in that city that I’d be possibly interested in. While in Engineering school, I brought this idea up to a friend who was a programmer and we RAN with the idea. I had started my biggest venture to date. I funded the startup in 2012. In 2013, I graduated from engineering school at the age of 23. My partner and I moved to Dallas not knowing anyone. We spent our time growing a community around our venture and pitching the idea of being able to go ANYWHERE and see what was happening around you by simply downloading an app that would show you a local feed of interesting posts. We went on to launch Spotagory on the App Store March of 2014. This caught on at a few college campuses and cities around the U.S. The word went around in Dallas and we were eventually featured in Dallas Business Journal, local TV, Good Morning Texas, and a few other publications. Throughout the buzz, we knew little about the financials of scaling a company and managing a user base of that size. Without the having the funds to proceed, at the end of 2014, we were forced to pull the app down. The same year I opened The Auto Cave, that was inspired by my father. From what started as a hobby in college led to a premier finance service in the DFW metroplex as well as a Service Center for european cars like Audi, Mercedes Benz, BMW, and Infiniti. Today, I manage a portfolio of finance accounts and lead my team at The Auto Cave in performing at the highest standard. The launch of Spotagory 2.0 is also expected later this year.

Kaleb on his father’s role in his life.

Kaleb: My father passed away in 2010 when I was 20 years old. Without having him part of my adult life, I would still contribute a large portion of my accomplishments to him. The time we had together was timeless. He invested his time in me by ALWAYS being there for me. He was there to provide wisdom and understanding during difficult situations leaving behind lessons that would last a lifetime and support that would build a foundation to base my belief system off of. He made sure that before he left, that I loved and believed in MYSELF. At that point, he knew I would be okay continuing the legacy on my own.

Kaleb continued about his father.

Kaleb: From the day I was born my Father expected me to be a great professional baseball player. We practiced daily and played throughout all 4 seasons of each year. What specifically inspired me to believe in myself, was the fact that HE BELIEVED IN ME FIRST. Sometimes when you are young and your mind isn’t fully developed, you need that support and motivation from someone else to constantly remind you that YOU ARE ALREADY GREAT and YOU WILL REACH YOUR GOALS. After a while, it becomes a LIFESTYLE and MINDSET.

I asked Kaleb to provide some advice to young men who are thinking about entering the world of entrepreneurship.

Kaleb: Entrepreneurship comes from a certain hunger for overall life improvement. Everyone wants it, but to be successful at it, you must first focus on the mindset of self-discipline. As I mentioned in another interview, this quote has paved my path, “It is not I want, it is I HAVE. It is not I want to be, It is I AM.” Whatever you believe will mold the results of your life. Start with believing and absorb the energy that comes as a result of that powerful mindset. In time, you will find that you will HAVE and you will BE everything you have wished for.

Kaleb: Be open, be honest, BE THERE.

Kaleb is an inspiring guy. Good at heart and hard working at his core.