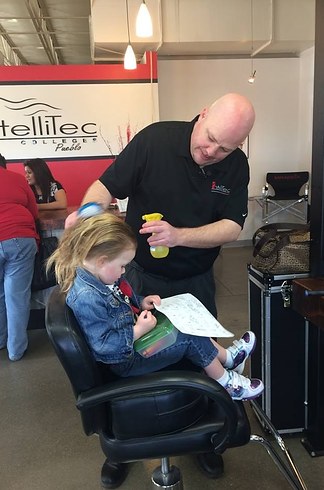 Such an awesome story! #NoDeadBeatSociety 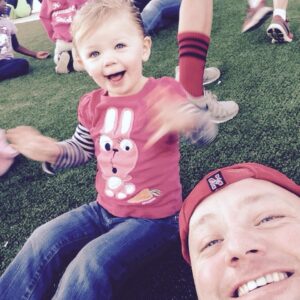 This single dad wanted to be able to style his daughter’s hair correctly, so he went to hairdressing school.

Greg Wickherst’s daughter, Izzy, spends most her time with dad since her parents split. But when she hit three, her dad realised that he couldn’t even do a ponytail.

“At that point I was like, I want to try different styles,” Greg told BuzzFeed News. “I didn’t want to be the dad that just didn’t know how to do my daughter’s hair.”

So Greg went to the local TAFE on his lunchbreak and asked for help from the program supervisor.

“I spent a couple hours just working on a mannequin and she showed me how to do a bun, a French braid, all the different styles,” he told Buzzfeed.
“It blew my mind how easy it was to do a bun,” he said. “I thought it was something super special, like real intricate, especially the one where you don’t finish pulling the ponytail.”

“I thought, Oh my god, that’s so pretty for something that’s so simple,” he added. “I don’t think most guys know that it’s that simple.”

Now he’s even coming up with his own hairstyles. Sometimes it works, other times not so much.

“Last weekend I ended up with 10 ponytails in her hair and I tried to put them together and it didn’t turn out very well,” he said, laughing. “It looked OK, but it looked like imitation cornrows.”

Since sharing photos of his hairy creations on Facebook, Greg says that other mums have come to him asking for advice. Greg says that although it’s occasionally tough, he loves being a single dad.

“My favorite part of the day is when I wake her up and get her out of bed and she’s still sleepy, so she nuzzles her face into my neck. … That love right there, feeling that love and that trust is the most rewarding part,” Greg said. 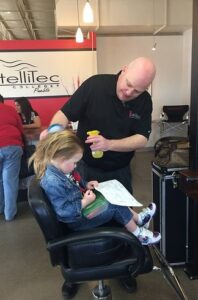