A guy recently attending a Detroit Lions game noticed the pregnant woman in front of him, who was sitting beside what appeared to be her significant other, texting another man telling him that she wished she was with him instead. He then wrote a note and handed it to the woman’s boyfriend\husband on his way out of the game. 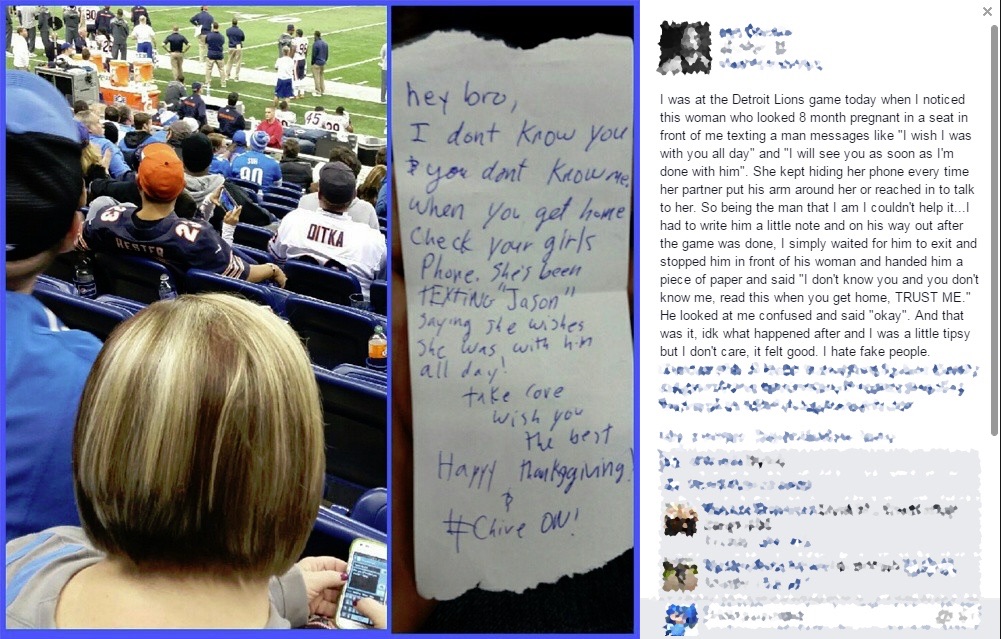 as originally seen on reddit.com