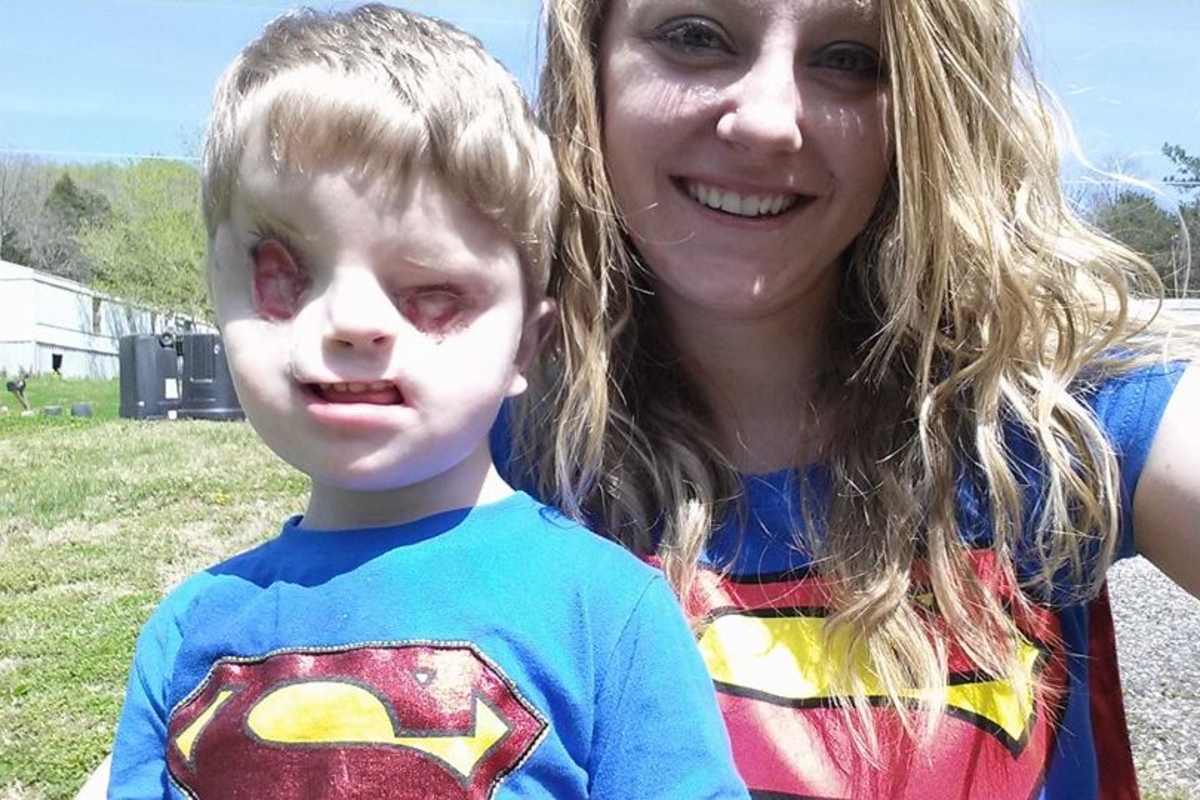 The Inspirational Story Of Christian Buchanan

WOODBURY, Tenn. – Born with no eyes and a severe cleft lip and palate, 2 year old Christian Buchanan has made his way around the world without ever leaving his Woodbury home. Tiny fingers tickle the keys. It’s one of Christian Buchanan’s favorite sounds. He relies so heavily on the senses of touch and hearing at 2 years old, born with a severe birth defect. He’s one of only about 50 people in the world with such a severe Tessier cleft that he couldn’t even close his mouth. It was caused by Amniotic Band Syndrome, where fibrous bands in the womb attached to his face and restricted blood flow during fetal development. In his first few months, the Buchanans fielded questions and inappropriate comments from others.

Lacey addressed the masses for the first time in a homemade YouTube video, when her baby boy was about a year old. She explained Christian as she knows him, without saying a word.Within just weeks, by Mother’s Day May 2012, 11 million people had viewed and shared the video.

The Buchanan family was all over Facebook feeds, and the video soared to the #1 spot on Huffington Post. A year later, this active 2 year old is now a big brother, coming into his own. No fear as he plays outside and sings. Among the comments that have been said to these parents in the past is they should have aborted Christian. It’s fueled a fire in Lacey to prove otherwise. She’s vowed to help Christian thrive, and change the outlook of others. His fans on Facebook multiply by the day, with every picture and update that’s posted on their public page. He’s the light in their lives, a pure blessing, that began as a question of whether he would survive. Christian will need surgeries into his teen years to reconstruct the cleft. Aside from being blind, he is a perfectly normal young boy. Anti-abortion groups across the country are inviting the Buchanan family to appear as guests of honor at their rallies.To follow them on Facebook, and learn how to help them with surgical expenses, click on FOX LINKS at Fox17.com.